Posted at 03:18h in Agriculture, EYC-News by webteam 0 Comments
0 Likes

After a competitive recruitment process, 512 selected young women and men for the ENABLE Youth Program in Cameroon were notified on January 22, 2019. Now, all the conditions to start the incubation program have been met.

This January 22, 2019, a significant step towards the effective start of the agribusiness incubation by ENABLE Youth Cameroon (EYC) has been made. Indeed, the result of the selection of agripreneur candidates was formally announced. Coming as one of the major activities before the training in Youth Agribusiness Incubation Centers (YABICs), the recruitment process led to the enrollment of 512 agripreneur interns, made up of 44% of women and 56% of men. Those candidates will be trained in 14 YABICs across Cameroon, at a rate of 36/37 candidates per YABIC. 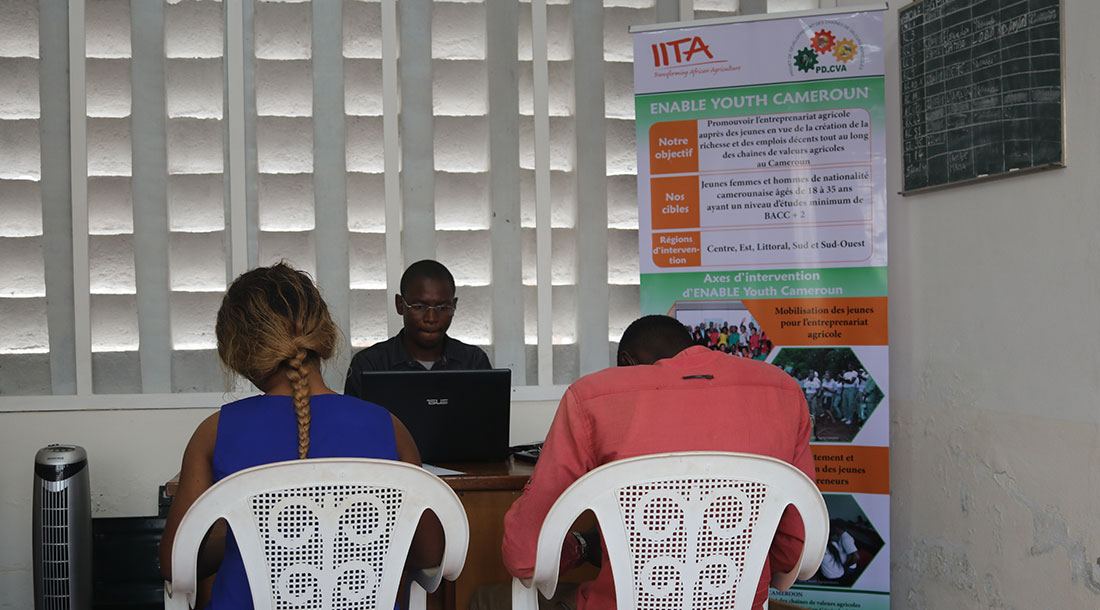 The recruitment process carried out in different steps started three months back, by the launch of a call for application by the Ministry of Agriculture and Rural Development on October 3, 2018. This was accompanied by public announcements in national newspaper, social medias, and recruitment platforms among others, to provide details on the program, its objectives and the application process. At the end of the application period ( i.e. 15 November 2018), 1,657 candidates had applied, over which 70% were male candidates and 30% female candidates.

To meet the gender requirement of the program, 600 men and 400 women were shortlisted following a test to detect the entrepreneurial ability; the test was administrated by a qualified cabinet. Those candidates were then invited for an oral interview in December 2019. The selection panels for the interview included representatives of (i) IITA (i.e. EYC staff), (ii) the agriculture value chain development project (AVC_DP), (iii) YABIC Coordinators, (iv) YABIC host institutions, and (v)MINADER.

To better engage the rural youth in more productive, science-based roles in agriculture, creating a cadre of agribusiness to stimulate employment and rural transformation, the major part of the 14 YABICs are hosted by institutions that are in rural or semi-rural areas. For the first 512 agripreneur interns who have been selected based upon their agribusiness aspirations and entrepreneurial skills, the first challenge has been overcome.

In 2019, the International Institute of Tropical Agriculture (IITA) will export its IITA Youth AgriBusiness (IYA) model to Cameroon, working with the selected 512 agripreneur interns to make the agripreneurial dreams become reality. As a refresher, the IYA program was initiated at IITA in 2012 by the Director General i.e. Dr Nteranya Sanginga, and it has shown success in several countries including among others Nigeria, Kenya, Tanzania, Uganda, DR Congo, and Zambia.

For the success of the program in Cameroon, not only the expertise of IITA will be required, but also a strong commitment of the Government of Cameroon, the MINADER & AVC_DP, as well as their key development partners, particularly financial institutions.